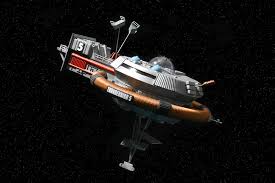 With a third of the season gone, it’s a good time to see which new Premier League signings have delivered the goods so far this campaign. So, without further ado here’s five signings who have been as out of this world as Thunderbird 5

Newcastle brought in only one signing in the summer transfer window; Loic Remy on loan from QPR. Fortunately, for Alan Pardew and co, the promise he showed last season in QPR’s relegation campaign has begun to be realised for the Toon.

Acting as the spearhead of the distinctly French Newcastle attack, Remy has netted eight times in ten league appearances. Included in these strikes were match winning contributions against Cardiff, Chelsea, Spurs and Norwich. From these goals alone he has earned his team 12 points.

The biggest problem for Newcastle is that Remy is only on loan for the season. If Remy keeps this sort of form up there will be no ending of suitors looking to meet his reported £12 million release clause fee.

The last time Arsenal looked capable of launching a title challenge in the 2007/8 season Flamini anchored the midfield. I vividly remember a friend who was an Arsenal man bemoaning Arsene Wenger’s unwillingness to stump up the cash to meet Flamini’s contract demands.

Other signings may have been flashier but there is little doubt that in buying Flamini the Gunners patched up a hole in the squad. The only other defensive midfielders being Mikel Arteta, who has at times been injured, and the inexperienced Emmanuel Frimpong. It is doubtful they would be top if Frimpong had been protecting the back four as opposed to Flamini.

If there was a doubt about Roberto Martinez it was that his sides were defensively lacklustre. Wigan won many plaudits with their slick attacking football but ultimately, defensive weaknesses cost them their top-flight status.

By signing Barry on a season long loan, Martinez has given the Toffees some much needed
defensive rigidity. Barry has been exemplary. His goal-line clearance against Chelsea was vital in getting Everton a 1-0 win, and his single goal against Hull City helped lead to a 2-1 victory.

Given Barry’s form, and England’s lack of defensive midfielders, it isn’t fanciful that he could find himself with the England squad in Brazil. Who would have thought this was likely after the disaster against Germany four years ago.

Southampton’s success this year has been built on the joint meanest defense in the league. Conceding only ten league goals in 13 games.

This is quite a turnaround from the Southampton side that leaked 60 goals last season. Key to this turn around has been Dejan Lovren. With his defensive partner Jose Fonte he has constructed perhaps the most formidable defensive partnership in the division.

With seven goals and three assists from eleven starts and a further four goals from the bench, Alvaro Negredo has made himself an undroppable name on the Manchester City team sheet.

Negredo has performed for City in the big games, setting up two against arch rivals Manchester United, netting a hat-trick against CSKA Moscow, and supplying the winning goal in the 6-0 hammering of Spurs.

Costing a reported £16.4 million Negrodo is undoubtedly the Spanish import of the year. It’s hard to believe he cost £10million less than Tottenham’s Roberto Soldado.