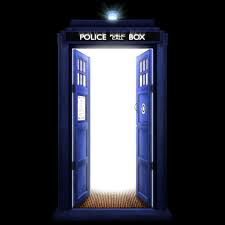 I’ve thought long and hard about whether I was going to share my thoughts on the Doctor Who special ‘Day of the Doctor’. I mean it was probably over a month since the special aired and its was well received.

This time lapse is partly why I titled this ‘Thoughts’ rather than ‘Review’.

To start off with I enjoyed the Day of the Doctor. It had a lot of that which is best about Doctor Who. Fun zany time travel. I’m all on board with Queen Elizabeth being in love with the Doctor. This sort of ‘secret history’ is always welcome in my eyes. I also enjoyed the idea of being able to step through paintings. On top of all this David Tennant featured strongly in the special and he is just fantastic as an actor.

I even enjoyed the plot of the episode for the most part but now we get to the reason why I thought long and hard about writing this. You see I am not a big fan of Doctor Who.

In the period when I was growing up Doctor Who had been consigned to limbo by BBC big wig Michael Grade so when it came back on TV a few years ago I had no childhood nostalgia with which to fall back on I judged it as I found it. For the most part with its reliance on sonic screwdrivers to solve plots deus ex machina I wasn’t in love.

One thing that I really did like about the Doctor was the darkness thatwas kept within him. Faced with an impossible decision. The Doctor made the right moral choice even though this put the blood on millions on his hands. This type of choice is the same reason why Harry Dresden is so awesome for some of the choices he has to make (I am deliberately avoiding spoilers).

For TV executives and writers who see the Doctor as a cash cow that is now exported worldwide I imagine this is not a fact which they particularly like. This is why they crafted an end to the ‘Day of the Doctor’ that completely removes this character depth/awesomeness from the timeline. Doctor Who’s final step to becoming a show for pre-teens. How very disappointing.