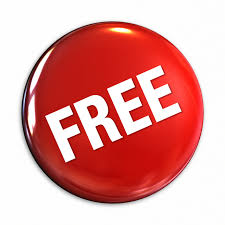 Championship outfit Queens Park Rangers’ signing of Yossi Benayoun shows that there is good value to found on the free transfer market. For the club on a budget, here’s five players who are still available for free…

Aged only 28, Sissoko should be at the peak of his powers. Instead, he is a free agent after leaving Paris Saint-Germain.

This state of affairs is hard to fathom when the Mali international’s club career is looked at. Sissoko has graced the turf for Valencia, Liverpool, Juventus, Paris Saint-Germain and Fiorentina, playing 200 league games and winning La Liga, Ligue 1, the FA Cup and the UEFA Cup.

A combative presence in midfield, there aren’t many clubs whose squad Sissoko would not improve.

Bojinov’s career has never really bounced back from the knee ligament injury he sustained whilst playing for Manchester City in the Manchester derby. Up until that point, he was a decent bet for stardom.

Still, even if he isn’t in the class of one of the game’s greats there should be enough talent to interest someone. Bojinov been capped 42 times for the Bulgarian national side and his career has taken him to Fiorentina, Juventus, City, Parma and Sporting CP. Plus, he’s also only 28.

On a free transfer, you’ve got to think that somebody could make use of a talent like Bojinov.

Released on a free by West Bromwich Albion, Tamas has the pedigree to improve many defences.

Capped 63 times by Romania and with 68 appearances for the Baggies under his belt, Tamas is no fool and, at 30, he is hardly over the hill. Tamas could do a job for many sides.

Capped twice for the German national side and with almost 250 Bundesliga appearances,
centre-half Madlung stands at an imposing 6’4″.

Released by Wolfsburg at the end of last season, Madlung’s experience could be vital to any number of teams. Considering his strong aerial ability and physical presence, Madlung seems like the perfect fit for any number of teams scrapping for Premier League survival.

Free agent Ebanks-Blake is working on his fitness with his old club Wolves as he seeks to come back from a broken fibula.

Although he didn’t quite cut it in the Premier League, his scoring record in the lower leagues is impressive.

Twice top scorer in the Championship, Ebanks-Blake’s goals were instrumental in Wolves’
title push. Even in last season’s relegation year, he netted 14 times. At Championship level, his 72 goals came in a very respectable 167 games. He certainly knows where the back of the net is.

A proven goalscorer available on a free, you’ve got to think Ebanks-Blake would be worth the gamble for any number of Championship sides.