Let’s start with some obvious points. When England captain Alastair Cook is in form he makes beating England in a Test Match a very difficult proposition.

He may not be a cricketer like Gayle, Sehwag or (he who must not be named) Pietersen who can single-handedly take the game away from the opposition in a session but his ability to occupy the crease and score ‘daddy’ hundreds makes him a great Test Match cricketer.

Cook’s centuries against India in 2012 guided England from 1-0 down in the series to an improbable 2-1 win.  Plus, last summer he guided England to a 3-0 victory in the Ashes. These things shouldn’t be forgotten.

An equally obvious point however, is that he is out of form and a rather poor Captain. Cook hasn’t scored a test match century since his 130 against New Zealand in May 2013.

Since then Cook has failed to make a century in 24 attempts. Even more worryingly Cook has only failed to get a start (less than 15 runs) on 9 occasions. It’s not that Cook is getting out before he can get in. He is getting set at the wicket and losing his wicket cheaply time and time again.

Now most Captain’s struggle with form at some point during their tenure and it is clear that Cook’s form is suffering due to his captaincy responsibilities. Vaughan and Strauss both had long runs of poor form during the time in which they were Captain. Vaughan in particular though offered lots of leadership and nouse on the pitch.

With respect to Cook, who seems like a nice guy, his captaincy skills are truly sub-par. He fails to motivate players to play for him. Pietersen has been kicked off the team because, he apparently wasn’t bothered. Well, isn’t the role of the Captain to make players care? Swann similarly, couldn’t find the motivation to continue to play for Cook after he left mid Ashes.

If you watched the game against Sri Lanka today this pattern of poor leadership continued. The England players didn’t seem to care. They were supposedly trying to bowl a team out to win a test match and a series but there was no energy on the pitch and the field layouts were poor. Anderson for instance was bowling to fields which allowed Sri Lanka’s number 9 batsman Herath to smack for boundaries at will.

England now haven’t won a Test Match in 7, losing 6 and drawing one. In this time England have spent more time looking clueless than an amnesiac trying to do algebra whilst remembering their birthday.

This brings us to the obvious question then Can Cook stay on as England captain?

In under twelve hours one of the oldest and greatest rivalries in sport begins again. England v Australia will cross bat and ball in the Ashes. England are seeking to win a mind blowing four consecutive series. As an Englishman who grew up watching Messrs Warne and McGrath munch their way through the hapless England team like a hungry lion the reversal of fortunes between the two sides is something glorious to behold. Do I think England will win the series then? Yes but I predict it will be much much closer than last time. With this in mind I thought I would preview the key areas of the upcoming Ashes match. 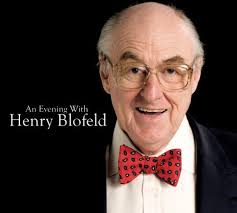 Starting with my dear old thing Henry Blofeld. The Doyen of commentators with the most unique style of oratory that I have ever heard. Even if your are not a cricket fan I would highly recommend youtubing this picture postcard image of an Englishman whose father’s surname apparently inspired Ian Flemings Bond villan. Listening to his commentary never fails to put a smile on my face. His enthusiasm is infectious as he fills the listeners in on the local birdlife, the progress of the number 10 bus, the working habits of nearby cranes and Oh look he’s been bowled for a duck. Top quality entertainment that is not to be missed.

Watching sport late at night is a very strenuous activity it is important to stay well carbed up as if one was running a marathon. I’m a personal fan of the late night sandwich. The key decision then is whether to go for a beer or a strong cup of coffee. I say if there is brown sugar then plump for the coffee.

Preparation is vital remember there are no heroes where tiredness is concerned. Warm up for the night with a long afternoon nap so you can feel refreshed and awake come 3am. 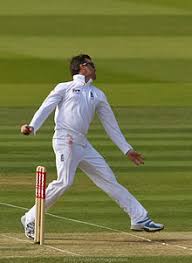 If there is one area where England outclass Australia it is in the spin bowling department. Last summer England exploited this preparing a series of pitches designed to favour spin bowling. This worked magnificently with Swann taking more wickets than any other bowler out of both teams. The pitches in Austrailia are unlikely to be so turn friendly so the question what role will Swann play. He will not be expected to bowl out the Australian team but with all the left handers in the Australian batting order he’s a good bet to chip in with important partnership breaking wickets. Australia need to keep Swann quiet if they are to have a happy series. 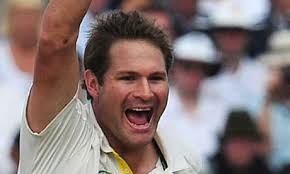 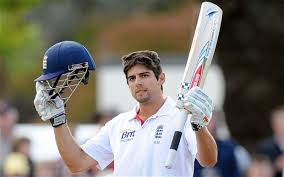 But wait that’s two pictures are you just being lazy and not wanting to do a number six. No. Not at all. These pictures represent two sides of the same coin. On the left Australia’s pace attack and England’s top order. In the last series England’s top order underperformed. Whereas Australia’s pace attack stayed fit and were comfortably their biggest plus. The thought amongst pundits is that the same low slow turning pitches that so helped Swann worked against English batsmen such as Cook, Trott and Pieterson who enjoy pace on the ball. If this analysis has anything going for it (and I would tend to think so) then the conditions down under should be ideal to get back into form. Here’s hoping.

I’m off for my pre-match nap.

It was late afternoon past six when one of the world’s greatest ever sportsmen came out  for what he did not know would be his final innings. Such was the respect he was held in that the crowd applauded as he came down to the crease and the opposing team captain led his players in giving three cheers.The opposing team captain was the captain of England. The man he was saluting played for Australia who in this sport were the nemesis, the archrival, the one to beat. To put this in perspective this would be like the Minnesota Vikings cheering for Aaron Rodgers, Real Madrid for Messi or Roy Keane’s Man Utd for Patrick Viera’s Arsenal. What is more this event happened in the last game of a series where England had not just lost but had been crushed. The Australian team they faced were known as ‘The Invincibles’. They hadn’t lost a game on their months long tour and they had broken records doing so.What is more and I want to stress this the three cheers wasn’t like the losing team at a cup final applauding the other after the game or forming a guard of honour for the new champions. This event was something that was truly meant (if you don’t believe me go onto youtube and watch it and compare it to Gary Neville’s guard of honour for Chelsea). Who was this sportsman who evoked such displays? It was of course Sir Donald Bradman ‘The Don’.

Why am I talking about Don Bradman’s final innings at the Oval you ask? I hark back to this moment as today in Mumbai India perhaps the only player who can even plausibly be mentioned in the same breath as Bradman, Sachin Tendulkar is playing in his 200 and final test match. At stumps he was 38 not out. This means he has already done quite a bit better than Bradman did in his final innings when he was infamously dismissed for a second ball duck.

Now you might be thinking that I’m going to write about which I think is better the ‘Little Master’ or ‘The Don’ don’t worry I’m not. I’m not qualified to and frankly I’d sooner poke a dragon in the eye than try to do so on the internet. What I am going to say though is how a comparison between the two events shows how society has changed more specifically the way we deal with sports has changed. When Bradman walked out to bat at the Oval he needed just 4 runs to finish his test career with an average of 100. I would say imagine this if it happened today. But you don’t really have to. Just look back a year or two and see the endless pages spoken and written about Tendulkar’s ultimately complete arbitrary 100/100s statistics. You can see exactly what would have happened. If Bradman had been coming out to bat today the magical 100 average is all anyone would be writing about in the build up for weeks. When he came out to bat the time between balls and the walk to the crease would be filled with reminders (I can almost hear Jonathan Agnew’s voice now). Instead when Bradman came out to bat no one knew about the statistic. Not even Bradman himself. The BBC commentary doesn’t mention averages. No one in the crowd is holding up banners.

I’m mentioning this not to criticise but to highlight at important point. The greatness of Bradman never lay in his average (although it obviously suggested you wouldn’t want to play against him). The greatness of Bradman lay in his play. The timing of the ball. The cut stroke. The off-drive. Watching him dismantle an attack by scoring a century on the morning of a match and 308 by the close of play. Likewise Tendulkar’s greatest isn’t in his statistics. Its in the wall of noise as he goes out to bat. The utter silence when he is dismissed. His greatness is in the masterful drive past the bowler he played today at the age of 40. I bring this up because more than ever in modern day sport the statistic seems to be king. Such and such has only scored one goal outside of London (Giroud). Or this team has only won such a percentage of late kickoff games (Arsenal). Stats like these are all too often substituted for real analysis in a way that taints the spectacle just a little .

Here’s hoping Tendulkar writes a victorious ending for himself tomorrow.